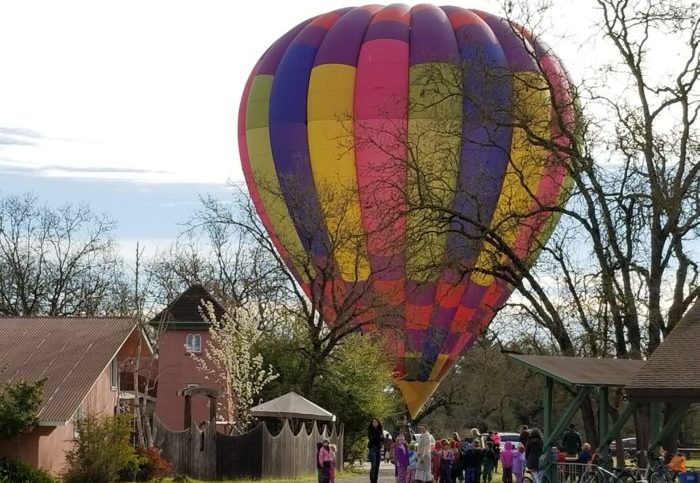 Summerfield Waldorf School of Santa Rosa began in September of 1974. Begun as an initiative of a small group of parents who were convinced that they wanted a Waldorf education for their children, Summerfield opened its doors to eleven children. Some of those founding families are still active in the community today. In our second year we were blessed with the arrival from England of Irene Ellis. Bringing with her a wealth of experience in Waldorf education, Irene remained with the school for five years as faculty advisor, establishing and teaching the school’s in-house faculty training.

Since June 1978, our school has been a member of the Association of Waldorf Schools of North America. In 1980, the school purchased a 32-acre horse farm, our current location. From the beginning there was an intention to have a working biodynamic farm as part of the school initiative. Through enthusiastic volunteer efforts, the front house was remodeled into four classrooms in which grades five through eight were housed. In 1983, work was completed on road improvements and construction of a new entrance road and parking lot. In 1985 the construction of a new classroom building was completed. This was brought about through the dedication, energy and volunteer construction work of the whole school community.

In December of the same year, the College of Teachers was founded with guidance from René Querido, who was then director of Rudolf Steiner College in Fair Oaks, California, and Patricia Livingston, chairperson of the pedagogical section of the Anthroposophical Society in North America.

In the summer of 1987, a third building housing five classrooms and offices was completed. This building enabled us to at last unite the school on our property. A third kindergarten and the pioneer ninth grade high school class were added in 1987. The High School graduated its first senior class in 1991. In 1993, a site plan for the remainder of the building needs of the school was drawn up and approved by the College and Board. The following year, the school entered a new phase of expansion. The high school building was completed in the fall of 1995. Construction of our long awaited assembly hall was begun in the summer of 1999, and completed in fall, 2000. A generous donation also made possible the construction of a track in 1999. The early childhood complex, consisting of a remodel as well as a new construction, was completed in the summer of 2002.

In the summer of 2003, the school purchased a six-acre parcel with a home on the south side of the Summerfield campus. The addition of this property made it possible for road improvements to be completed in 2012. As well as the new ingress/egress road to enhance student drop-off, major other recent work included structural repairs to the Farmhouse and a long-needed upgrade to the septic system, a significant milestone that allows additional building permits to be approved for future construction on campus. In the 2016-2017 school year, we installed a new fully-equipped, state-of-the-art mobile kitchen to enable a school-wide organic lunch program with Summerfield farm-sourced ingredients, bringing the farm curriculum full circle for the students – from planting to harvesting, and finally eating food right from the Biodynamic farm.

We also completed Phase I of the ArtTech Building, which houses our blacksmithing, ceramics, fine arts studios, and more. Conversion of a former high school art room into a library and computer resource center with integrated tech curriculum for grades nine-twelve was completed in 2018.