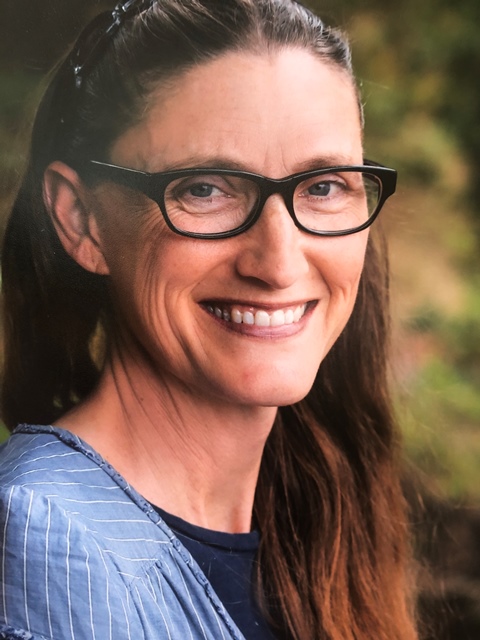 Sarah was born in the Midwest and grew up in the San Francisco Bay Area. She attended UC Berkeley and majored in Film Studies. After graduating she lived briefly in the lower Haight in San Francisco before buying a 1969 Datsun B210 wagon for $200 and taking off across the country. She landed in Vermont and stayed for the next fifteen years working as a photo clerk, a film projectionist, and a documentary film editor with Florentine Films. She moved between Vermont and New York City, depending on work, and pursued photography. She met her partner Luke in Montpelier, VT while studying Mechanical Engineering at Vermont Tech. She and Luke moved to Austin for architecture school where Sarah worked at the UT Visual Resources Center and studied abroad in Chile and India. After earning an MArch degree, she worked at a non-profit sustainable design organization before having twins. Soon after they moved to Berkeley to be closer to family and learned about Waldorf education at a small start-up called Berkeley Rose. Her daughters began attending the Berkeley Rose nursery and Sarah began working in the Berkeley Rose office not long after. Sarah then began work on what some (her husband, for instance) might call her final degree – a Masters in Library and Information Science. She and the girls continued at Berkeley Rose with Ms. VanderPluym as their class teacher until they moved to Sonoma County in 2018. Sarah worked as Receptionist at the Sebastopol Charter School and then briefly at the Mechanics’ Institute Library in San Francisco before Covid hit. She and her family currently live on a weedy patch of farmland in Cotati where they endeavor to plant trees, raise animals, coax vegetables and flowers from the soil, re-build barns, read a lot of books, and take root in their community. 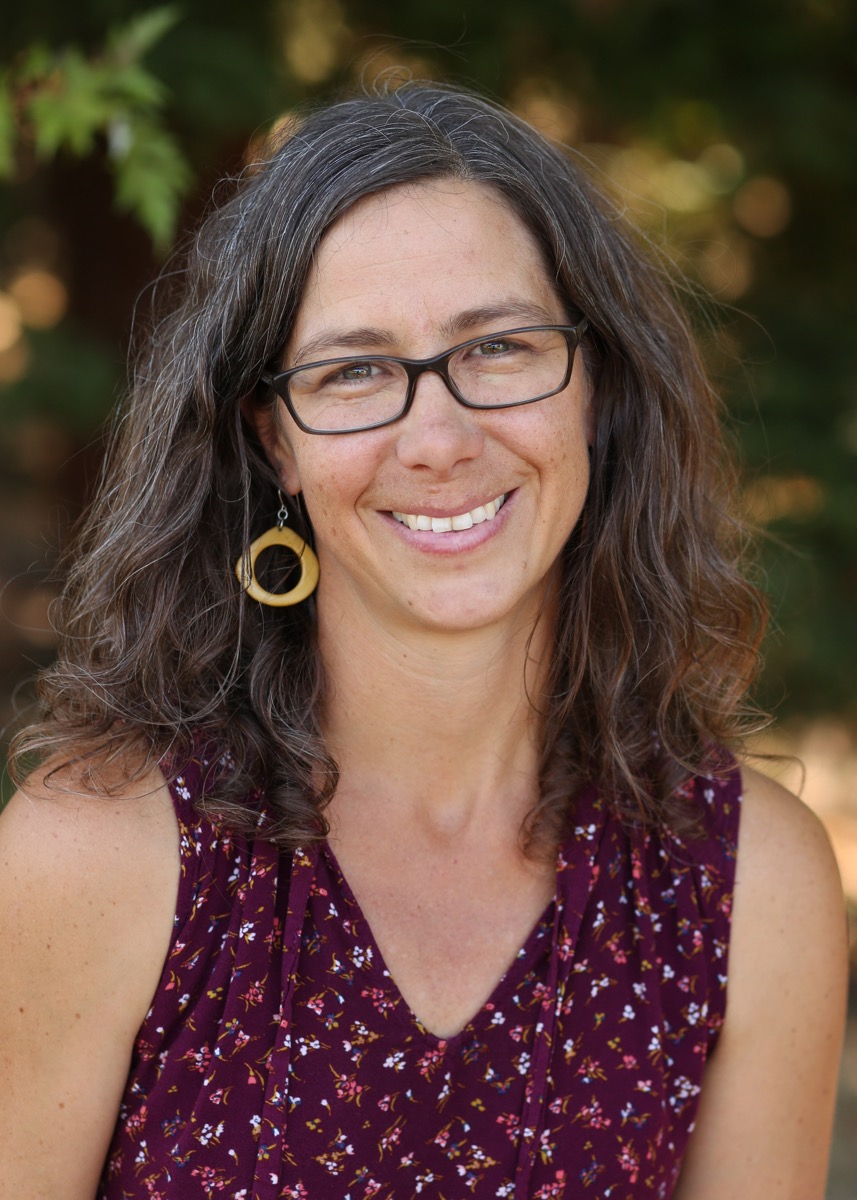 Andrea was born and raised on the East Coast and in the mid-West. She moved to Sonoma County in 1997, where she first learned of Biodynamic farming and Waldorf education while working on an organic farm. Before starting a family, Andrea traveled the world, including a volunteer stint in Ghana, West Africa. Back in the States she found a passion for working with disadvantaged youth, and hopes in the future to merge that with all she is learning through Waldorf education. She enjoys music and dance, travel, cooking healthy local food, and is currently taking the Waldorf teacher training course with the Center for Educational Renewal. Andrea and her husband Dimitri, a Summerfield graduate, have two children here at school, Mina and Laszlo. 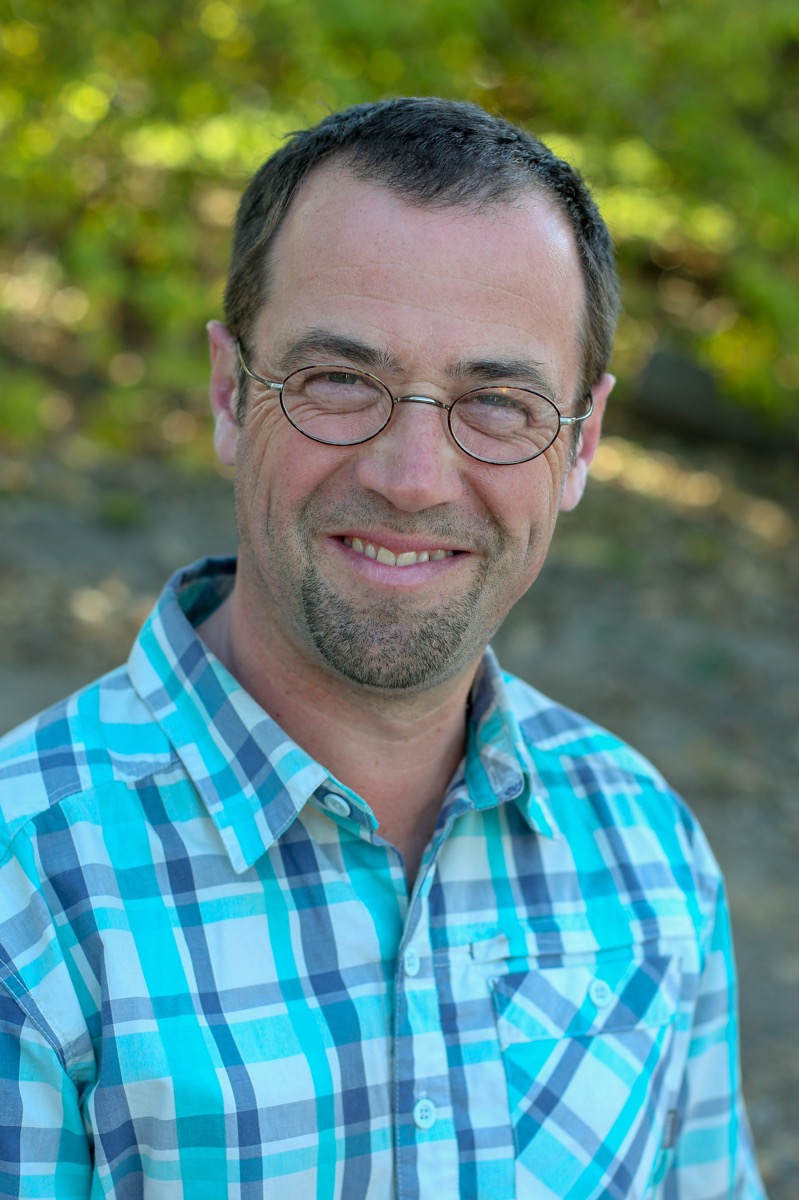 Adam was born and bred in Edinburgh, Scotland, and was a keen sportsman growing up, passionate about cricket and snooker. He studied for his M.A. in Politics and Modern History at Edinburgh University, and while there, ran the film society, a calling that became a career in arthouse cinema programming and management. He’s worked in non-profit arts administration for cinemas, film festivals, and the Edinburgh Fringe Festival. He and his ex, Kibby, have two sons, Theo (entering twelfth grade) and Will (a seventh grader), and the search for the right school brought them to Waldorf education, first in Seattle, then on Bainbridge Island, where Adam worked as Online Editor and in an online marketing role for YES! Magazine. They moved to Santa Rosa in 2011 for Summerfield and Kibby’s class teaching position, and Adam offered his services for various school needs: he edits the school newsletters, produces the annual Arts Calendar, and helps with miscellaneous publications and events. He is also an accomplished pickleball player and coaches players of all ages and levels in what is the fastest-growing sport in America. 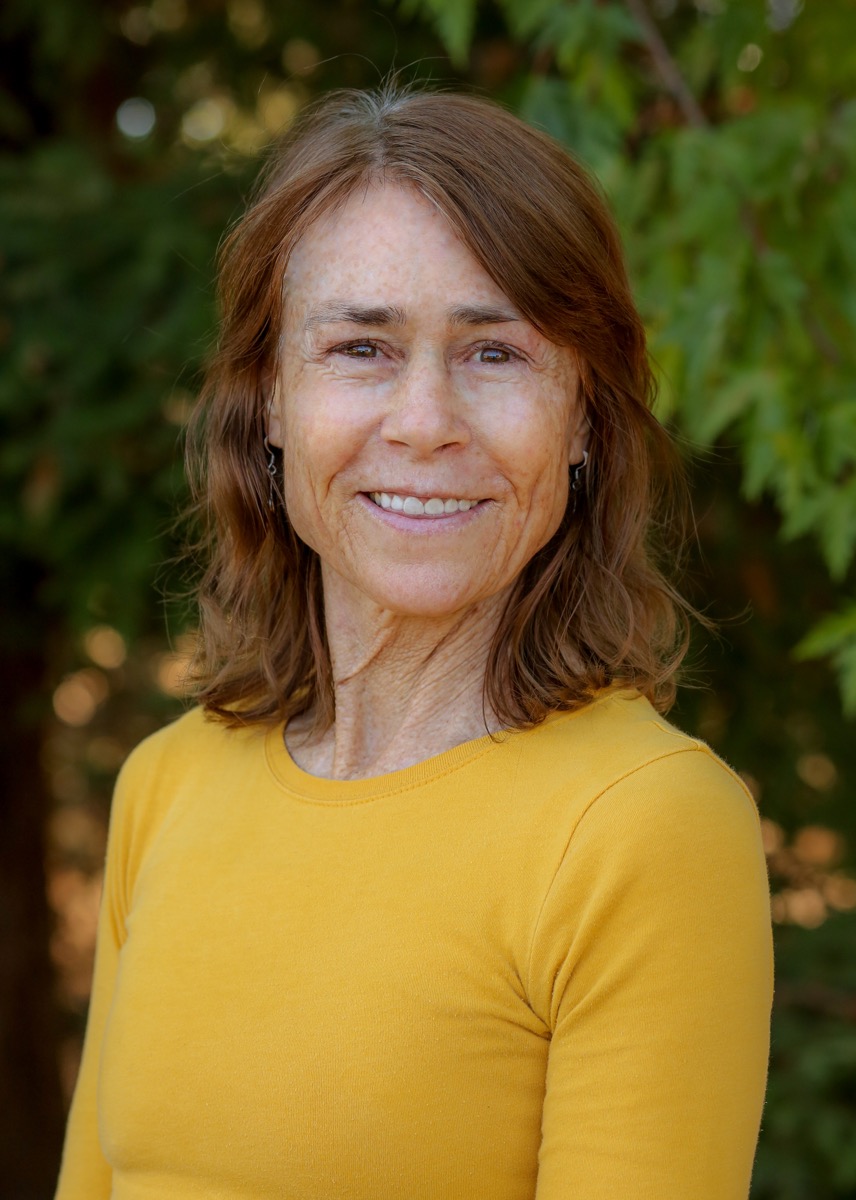 Amelia is a Northern California native who relocated to Sonoma County after living on the island of Maui, where she served as Administrative Assistant at Haleakala Waldorf School for ten years. She also served as Assistant to the Director at Sebastopol Independent Charter School prior to joining the high school team here at Summerfield. In her spare time Amelia enjoys kayaking, swimming, gardening, camping, hiking, dancing and cooking. She is thrilled to be a part of the Summerfield community. 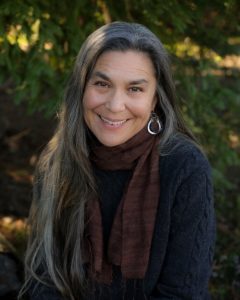 Tracy graduated from the University of California, San Diego, with BAs in Economics and Communications. She completed her Waldorf Teacher training with the Rudolf Steiner Extension Program, in San Francisco, along with her public school credential from California State University, Hayward, in 1995. After substituting for a few years at Marin Waldorf School, Tracy and her husband had their first child and moved to Petaluma where they built the first straw-bale home in Sonoma County in the Forty Oaks co-housing community. In 2000, she was one of the four founders of Live Oak Charter School, a Waldorf-curriculum public charter in Petaluma. She is also an active member of the Sophia Foundation, and is a graduate of the school of Choreocosmos. Tracy lives at Forty Oaks with her husband Tom Lanphar. They have two girls, Eliana, who graduated from Summerfield in 2015 and Seattle University in 2019, and Mariah, who graduated Summerfield in 2018 and is currently at University of Washington, Seattle. 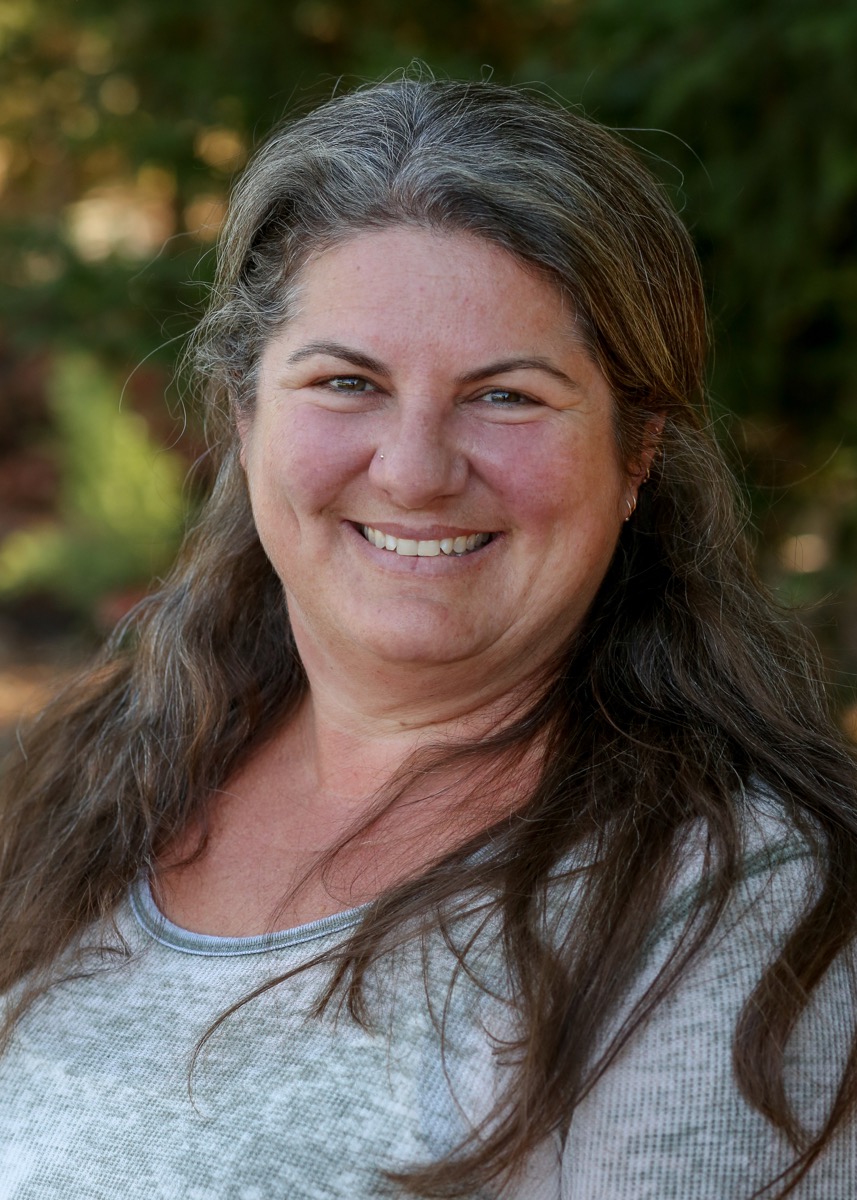 Andrea was born in San Francisco and has since been a lifelong resident of Sebastopol. Andrea attended Sonoma State University, graduating with a Bachelor of Arts Degree in Political Science, and a minor in History, in 1994. Andrea and her family, (husband Jefferson Buller, and daughters Ella, SWSF Class of 2021 and Lily, SWSF Class of 2018), joined the Summerfield community in 2003. Andrea began working in the office in 2005 first as HR Coordinator, and then most recently as the Registrar and Database Manager. 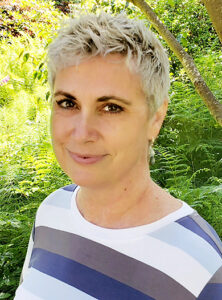 Jolié comes to Summerfield with over 30 years of experience working with finances, most of which were in schools and non-profit settings. After a wonderful initial interview, Jolié came to the campus for a tour. She instantly felt and commented on the school’s positive energy. In continued conversations, we described our unique community and educational mission, and we also dug deeply with her into the issues of school finances where her experience shone. Through this process, the decision to join forces became clear to us and to her.

Jolié will bring her vision, knowledge, experience, passion and love of laughter to the school starting June 21st. We are looking forward to getting to know her better and learning from all she will bring to our community. 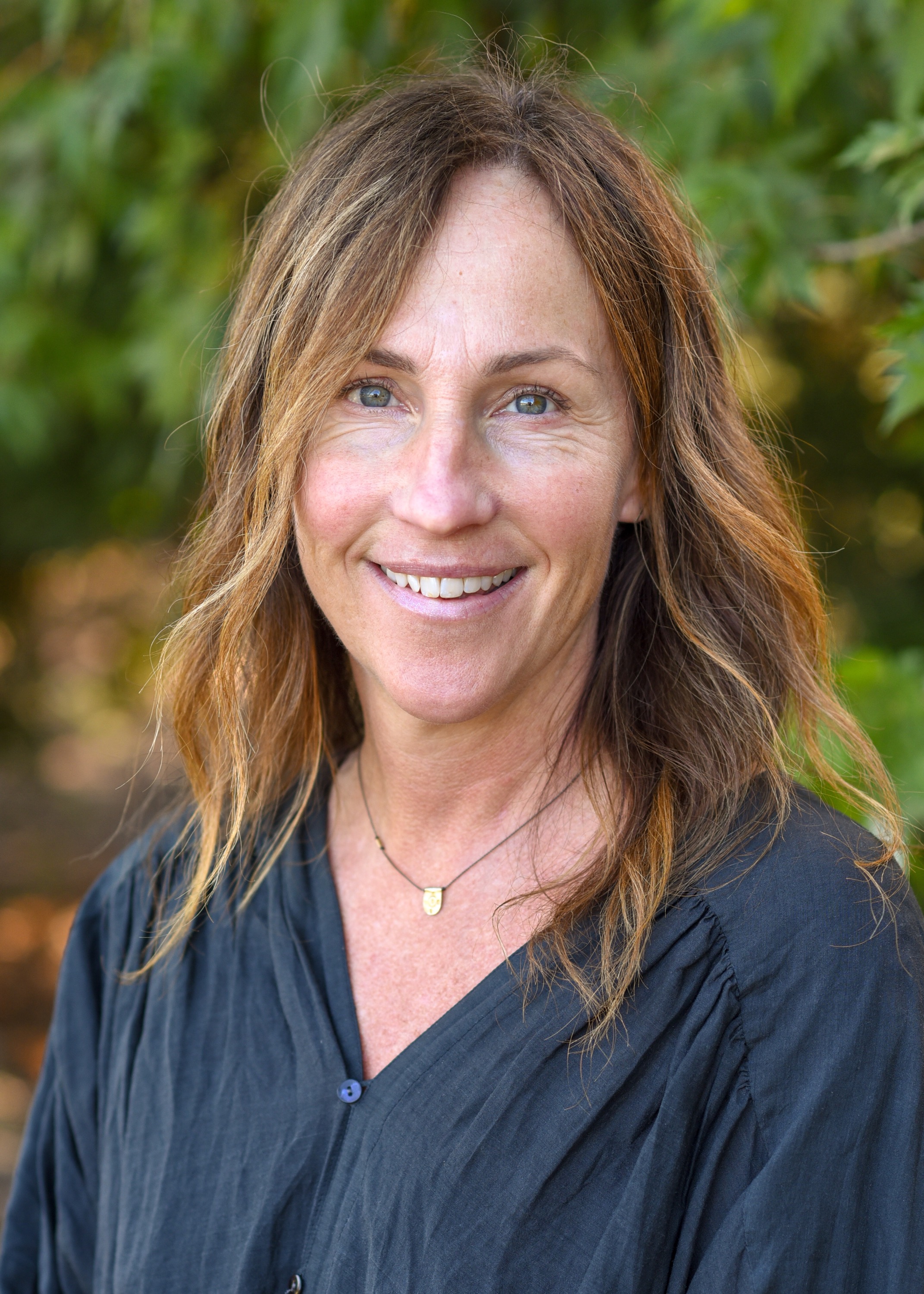 Michelle was born and raised in Oakland, CA. She earned a degree in International Relations, World Trade and Development from UC Davis. After a year in the corporate world in Seattle, WA, Michelle spent an extended summer driving big rig trucks before moving to Australia where she traveled and began graduate studies in environmental engineering. After stints living in New Zealand, Berkeley, Lake Tahoe, Santa Barbara, and Marin, Michelle and her husband Aaron moved to Sebastopol for their children to attend Summerfield. Michelle and Aaron have three children at Summerfield: Uma, Soren, and Freja. 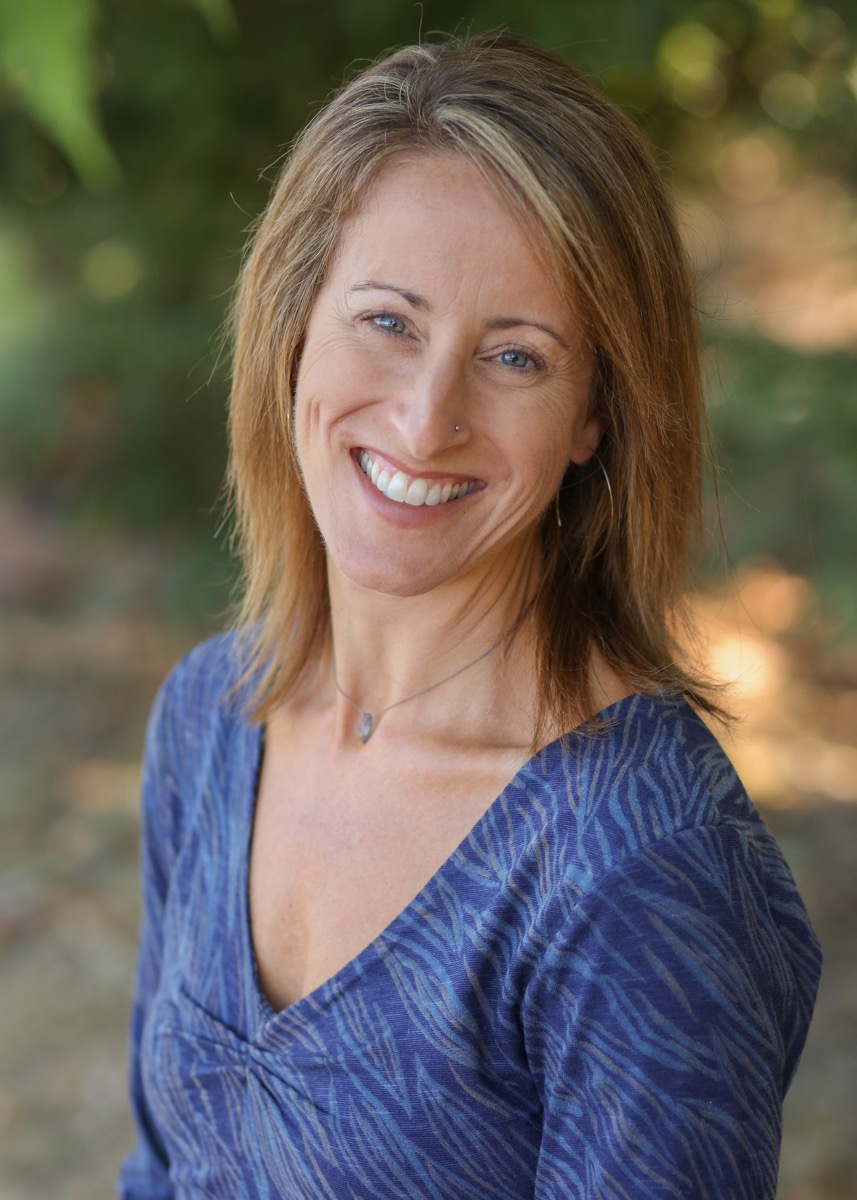 Lisa grew up just outside of Seattle, Washington. She moved to Southern California to attend the University of California, Irvine where she earned a degree in teaching dance before moving to Sonoma County in 1995. Lisa has worked as Principal’s Secretary at Redwood High School as well as Customer Service Manager for Kendall-Jackson Wine Estates building her strong administrative background. Her oldest son, Kai, began attending Summerfield in 2005 and her youngest son, Griffen, started in 2012. Lisa has volunteered extensively at Summerfield over the years. The most rewarding experience for Lisa has been using her dance background to choreograph the Summerfield High School musicals. She is full of gratitude to be a part of the Summerfield community. 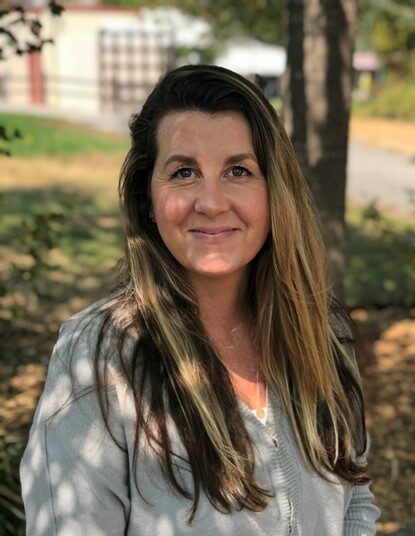 Hayden, her husband John and their two boys have been a part of the Summerfield community since 2011.  Hayden has been a Sonoma county resident since 2007, originally coming from Marin County, where she worked for many years as a bookkeeper for a small business.  She started her work here at SWSF as a parent volunteer, and is so thrilled to be a part of the amazing Administrative staff and doing such meaningful work in the Development department.  Hayden loves to read, cook and spend time with her family, including two cats and two goats! 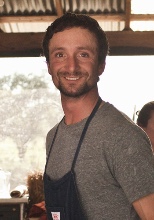 Dana grew up in Northern Michigan, working for a family friend’s farm and catering company, where he gained a love and respect for food at a young age. Throughout high school he spent his time mountain biking, eventually competing on a national level. Dana studied nutrition and psychology at the University of Montana. After college Dana moved to Europe working at a number of farms and restaurants throughout Spain and Italy (including El Bulli, at the time frequently cited as the best restaurant in the world), and attended the University of Gastronomic Science in Pollenzo, Italy. Dana came to Summerfield’s Farm in 2007 working as an apprentice with Perry Hart for three years, before becoming our farmer in 2010. Dana also enjoys surfing, kayaking, backpacking and spending time outside. His daughter Aspen is in the White Rose Kindergarten.

Mike has coached for over 25 years in Sonoma County, including a five year tenure at Santa Rosa Junior College with Caren Franci. Mike lives in Sebastopol with his bride, Katie Ketchum.